My Mum and The EMS 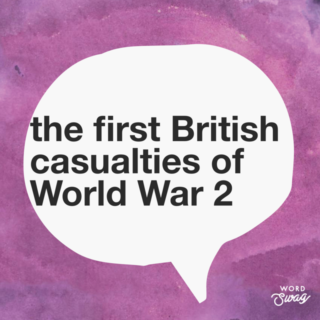 This is the story that my mother told me about her mother and the terrible events which overtook them starting on 4th September 1939. My mother was then just 14 years old and visiting her mother, Lucy Swabey, in hospital. Her mother was there to have a mastectomy for breast cancer. When she arrived she found the hospital being emptied of patients and her mother in a corridor. War had been declared and the Government was implementing a plan called the Emergency Medical Service (EMS). All their existing patients were being sent home to make beds available for the expected avalanche of air-raid casualties and the anticipated destruction of London.

At that time there was no NHS and all hospitals were either a private business with paying patients, or charities for the poor. In this war all the doctors were conscripted or enrolled in the EMS. In the two years it took for her to die at home Lucy never saw another doctor. One did visit the house though when her youngest daughter Tod caught Scarlet Fever, a contagious and ‘notifiable’ disease that required official medical confirmation. Tod was confined to the box room and the home was put under quarantine with a notice fixed to the front door. My Mother did appeal to this quarantine doctor to look in at her invalid mum. He explained that he was only there to confirm the outbreak. If he examined her mother it would be in a private capacity and would cost 1 shilling and sixpence. Money she did not have.

The London’s aerial apocalypse did not happen. Eminent surgeons and specialists, evacuated from prestigious Central London medical institutions, were left kicking their heels in the deserted suburban hospitals and workhouse infirmaries that ringed the city. Bored, they drifted into the ‘senility’ wards of the only remaining patients left with nowhere else to go. These were a class of patient they’d never encountered before and some of these great minds were fascinated by what they saw. This was the birth of Geriatrics as a medical study. During the war doctors and patients from the charitable sector mixed for the first time with staff from private hospitals and they learned much from each other.

By the time victory came, the EMS had started treating all patients for free and no one but a few private doctors wanted to go back to the old system, least of all the revolutionary army of citizen soldiers who voted for a welfare state in 1945.

Lucy was a patriot who died believing she had given up her hospital bed for a wounded soldier. She and all the other patients that were sacrificed when the nation’s hospitals were emptied in 1939 were in fact the first British casualties of WW2. But Lucy can be said to have given up her bed for future generations, a sacrifice that bore fruit when her own daughter, my mother, was screened by the NHS and successfully treated for breast cancer in 1995.