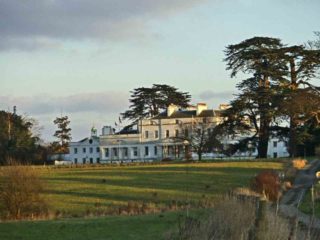 Until the 20th century, both giving birth and being a baby were hazardous in the extreme. Childbirth complications provided the most common way for a woman to die, while the infant mortality rate was at a height we can hardly comprehend today.

In this situation, it’s hardly surprising that traditions and superstitions abounded in an attempt to control the process. While many of these weren’t unique to Hertfordshire, a great number of traditions are attested within the county.

The midwife, the physician, folklore and the church have all played their parts through the centuries in making expectant mothers feel safer.

Traditionally, the care of pregnancy and birth belonged to the midwife, usually a local woman who relied on a lifetime of experience, rather than any formal training or education. A good midwife would have a garden full of herbs for every use, whether it was to aid conception, nourish the baby in the womb, bring down the afterbirth or increase the milk yield.

From the 17th century, male physicians increasingly took over the care of pregnancy and birth, for those who could afford their fees. These were trained doctors, but given the level of medical knowledge at the time, it’s debatable whether they actually offered anything better than the midwife’s experience.

Religion played a large part in childbirth, as it did in most matters. There were special prayers, as well as saints dedicated to helping women through the experience. Most of all, though, childbirth was so dangerous that pregnant women were encouraged to “acquaint themselves with God” ― just in case.

Folklore also dictated many remedies for the dangers. These ranged from charms and magical stones to the tradition of having as many people as possible present at the birth. An unchristened child faced numerous dangers, including the risk of being snatched by the fairies (a very long way from the cute creatures of the Victorian imagination) and replaced by a changeling. The more people who were watching, the less likely this was.

Given the infant mortality rate, it was crucially important to have plenty of children, especially sons to carry the family name or trade. One way of ensuring that a woman conceived was for her to rock an empty cradle ― a belief still found in New England.

Birds could also foretell a baby. The best-known version is the magpie rhyme, but a similar rhyme was used in Hertfordshire about crows:

It was also possible to tell what a baby would be like when it grew up, from various circumstances of the birth. A breech birth foretold an awkward child, for instance, and if it had teeth visible, it would have a cruel nature, while a baby born with open hands would be generous. And the day of the birth was crucial, too:

For Luck after the Birth

What happened to a baby soon after birth was important, too, and this could be deliberately manipulated. Giving a baby a spoonful of butter and water for its first food would give it a sweet nature, while to “carry it up before it is carried down” should ensure it would rise in life. This was done by carrying the baby to the highest point in the house as soon as possible after birth ― or even just standing on a stool with it, if that was the only thing possible.

The placenta had to be either burnt on the hearth fire, or else buried in the garden, with a shrub above it. According to folklore, placenta was the best fertiliser for roses.

There were many ways to celebrate a new baby being born. In the 19th century, for instance, it was the tradition for the squire of Bayfordbury to plant an acorn for each son born, with a stone placed nearby to record the event.

The days immediately following the birth could be dangerous for both mother and baby, and not just medically. A woman who’d given birth was considered “unclean and filled with bad spirits”, so it was important for her to attend church on the first Sunday after the birth. This “churching”, when she gave thanks for a safe birth, allowed her to be both purified and accepted back into the community. It still had to be done even if the child had been stillborn ― though presumably with less thanks and more praying for the child’s soul.

Baptism also took place as soon as possible, since not only would the child be at risk of dying unchristened, but it would also be vulnerable to witches, fairies and other unholy influences. This would be the first time the child left the house, perhaps to avoid the risk of meeting witches.

It was considered a good thing if the child cried during the ceremony, since this was “letting the devil out”. In fact, the church’s north door, sometimes known as the “devil’s door”, was often left open so that the devil could flee.