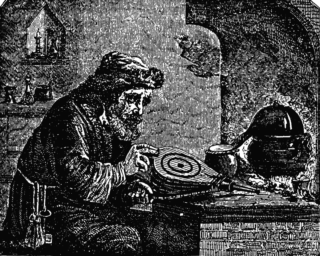 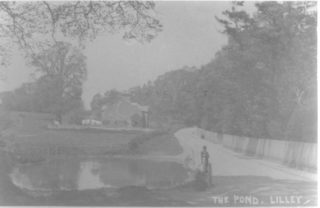 The study of alchemy is generally associated with mediaeval or Renaissance figures such as Roger Bacon and Doctor John Dee. While the subject evolved into serious chemistry (just as the early astrologers were crucial for the development of astronomy) their main aims are generally dismissed. The Elixir of Life that granted immortality was mere wishful thinking; and, while it’s technically possible to change base metals to gold by modern scientific techniques, the cost of the process is thousands of times the value of the gold produced.

Nevertheless, Hertfordshire had its own notorious alchemist as recently as the early 19th century — John Kellerman of Lilley.

The Alchemist of Lilley

The son of a Prussian father and a Creole mother from the Caribbean, John Kellerman came to Lilley during the 1820s, taking a large house in the village. He had been “a man of fashion, and at one time largely concerned with adventures on the turf”, but by the time he was visited by Sir Richard Phillips, as described in his A Personal Tour through the United Kingdom (1829), he’d acquired a dark reputation locally.

Kellerman was said to have a huge set of bellows in an outhouse and employed gangs of men to keep it constantly blowing; but that wasn’t the strangest thing about him. He’d turned his home into a fortress. According to Phillips, “the house [was] shut and barricaded, and the walls of his grounds protected with hurdles, with spring-guns so planted as to resist intrusion in every direction.”

According to the local gossip, Kellerman was an alchemist and had succeeded in creating the Philosopher’s Stone.

A Visit to Kellerman

In the account of his visit, Phillips describes Kellerman: “He was about six feet high [exceptionally tall for the time], and of athletic make: on his head was a white night-cap, and his dress consisted of a long great-coat once green, and he had a sort of jockey waistcoat with three tiers of pockets. His manner was extremely polite and graceful, but my attention was chiefly absorbed by his singular physiognomy. His complexion was deep sallow, and his eyes large, black, and rolling.”

The room to which Kellerman conducted Phillips certainly looked the part of an alchemist’s lair: “The floor was covered with retorts, crucibles, alembics, jars, bottles in various shapes, intermingled with old books piled upon each other, with a sufficient quantity of dust and cobwebs.”

Kellerman proved very willing to talk (or boast) about his various achievements, which included transmuting base metals to gold and producing the Elixir of Life. He was more reticent, however, when Phillips asked to see examples. Apparently, the government had turned down his offer of the gold he’d made. Moreover, “every court in Europe well knows that I have made the discovery, and they are all in confederacy against me, lest by giving it to any one, I should make that country master of all the rest”.

Philips, a sceptic to start with, left without seeing any evidence to back up Kellerman’s claims.

The Legend of John Kellerman

As might be expected, local legends arose about Kellerman, although perhaps not as many as might be expected. It was said, for instance, that the fumes and clouds of smoke from his furnace formed themselves into a gigantic being that hung in the air briefly and then vanished. This only ever happened on dark and stormy nights and, as usually with such stories, was always witnessed by someone other than the teller of the tale. In general, locals out late hurried past the place with averted eyes.

Eventually, Kellerman simply disappeared. One day, the house was deserted and the furnaces out. Had he, like Faustus, been dragged screaming to Hell? Or had he simply run out of money and abandoned the house? In fact, there’s some suggestion that he moved to Paris.

In reality, John Kellerman seems to have suffered intensely from both delusions of grandeur and paranoia. He told Phillips that the various governments who coveted his discoveries were out to get him, claiming that he’d been “twice fired at in one day through that window, and three times attempted to be poisoned.” This was, he claimed, his reason for turning the house into a fortress.