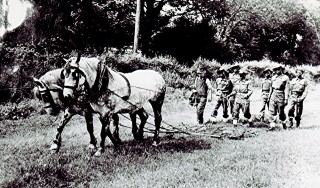 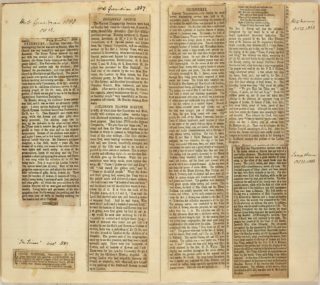 From the dawn of agriculture well into the 20th century, the cycle of the farming year was crucial to whether or not there was going to be enough to eat for the coming year. Although connection with the land was gradually being lost in the towns and cities, rural areas kept alive the customs and traditions associated with the farming calendar, often tied in with religious traditions — and this was certainly true in much of Hertfordshire.

The first Sunday after Twelfth Night marked the beginning of the farming year. On this day, church ceremonies would be held to bless the ploughs of the parish. This was practiced as recently as 1956 at Flamstead Church, where the blessing given was:

“God speed the plough,
The plough and the ploughman,
The farm and the farmer,
Machine and beast and man.”

On St Agnes Day, 21st January, another ceremony would be held in the churches to bless the sheep. Since lambing was approaching, the Blessing of Sheep was of great importance. However, this didn’t extend to black sheep, which were considered unlucky. The phrase “to send a black sheep” meant to wish someone misfortune.

As one of the most important days in the Christian calendar, it was vital for people to be free to go to church. In Allbury, it had long been the custom for farmers to send all their workers to church —  on full pay.

St Servatius Day, on 13th May, is Old May Day —  that is, what would have been May Day, allowing for days lost from reforming the calendar in 1752 and afterwards. This was the day for turning cattle out into pasture, and it was believed that doing it on St Servatius gave better milk yield.

It also marked the point at which sheep-shearing was allowed to begin —  presumably because the sheep no longer needed the protection of their winter coats. This is borne out by the saying:

“Who shears his sheep before St. Servatius Day
Loves his wool more than his sheep.”

The feast of Pentecost, also known as Whitsun, takes place theoretically fifty days after Easter Sunday (technically forty-nine, which is fifty days counting inclusively in the old way). The name Whitsun derives from “White Sunday”, because children and unmarried girls wore white. It was traditionally a time for fairs to be held. Two notable examples in Hertfordshire were the cattle fair at Berkhampsted and the sheep fair at Hitchin.

The tradition of Crying the Mare, believed to relate to the Roman agricultural goddess Ceres, belonged to the harvest period during August. While harvesting the field, the reapers would leave a small patch uncut and tie up the stalks, calling the result a mare. When the harvest was complete in that field, they took turns cutting down the “mare”, then divided into two teams and sang a round:

The mare would be passed to each farmer in turn until every field had been reaped. The last farmer would then keep the mare throughout the winter.

One of the few traditions of the farming calendar still widely practiced, Harvest Festival is a church service dedicated to giving thanks for a successful harvest. This is still held by most churches today, though it usually has little connection with farming. HALS has accounts, including newspaper cuttings, of Harvest Festival and Children’s Flower services held in the 1880s at St Augustine’s Church, Broxbourne.

Harvest Festivals were clearly newsworthy events at the time. The newspapers meticulously describe the offerings of fruit and flowers, the decorations and all the hymns and psalms sung in the service. They also describe the children taking part, as well as the flower displays.

Failure of the Harvest

Everyone prayed for a good harvest each year, but this didn’t always happen. It was widely believed that failed crops were due to impiety or blasphemy, and many accounts were circulated as cautionary tales. The most famous Hertfordshire tale was the Mowing Devil, but these were all said to have happened in the county:

A farmer who denounced the weather in the harvest field in the presence of his labourers was “struck dead on the spot”. Unable to lift his body for burial, a shed was erected around his corpse, but every night the structure fell down. Attempts to cultivate the field were unsuccessful.

“A farmer, in response to the remark, You have a nice field of corn there, said, Yes, if the Almighty would only leave it alone. This apparently resulted in the corn failing to ripen and remaining green.”

“Whilst experiencing a very wet season, a farmer stated that he would like The Almighty would go to sleep for six weeks, whereupon he fell into a trance and could not be woken or moved (even by horses). A shed was built around him where he lay.”