The Treasure Hunter of St Albans 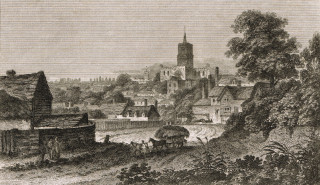 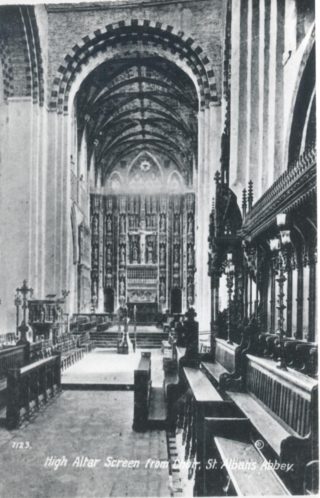 During the Middle Ages, St Albans Abbey, like most of the country’s larger abbeys, grew very rich. The place was full of ornaments, statues and plates of gold and jewels, priceless tapestries, stunning illuminated manuscripts and many other treasures. When the Abbey was forcibly closed down by Henry VIII on 1st December 1539, it was all carted away to line the royal coffers. Or was it?

The Legend of the Treasure

Since that time, legends have persisted that the monks managed to hide a large part of the treasure before the King’s men could get at it, and it’s said their ghosts haunt the Abbey, still guarding their hidden treasure. In 1617, James I granted to one of the Queen’s Maids of Honour, Mary Middlemore, licence to enter “all, every, and any of the said Abbies of Saint Albones, Glassenbury, Saint Edmonds-Bury and Ramsey and into all lands, houses, and places within a mile, belonging to said Abbies, there to dig and search after treasure, supposed to be hidden in such places.”

What may have been there for Mary to find is a matter of speculation, but unfortunately she was dead within the year. Natural causes – or the revenge of the ghostly monks?

The legends persisted, though, and now and then hardy adventurers braved the monks to search for the lost treasure. The most usual targets were the “Monks Holes”, tunnels running from the old orchard up to the abbey church, now serving as parish church. And it was into these tunnels that one St Albans man ventured early in the 18th century, as a result of a wager in the Round House pub.

He wandered through the passages, lit by a single candle, till it went out and left him lost in the darkness. At last, he came to a circular staircase leading upwards that ended in a stone wall. Lost and exhausted in the darkness, he fell asleep.

What he didn’t know was that he was directly underneath the church, and a service was in full swing. He was woken by the thunder of the organ and the congregation singing, which was followed by a scorching fire-and-brimstone sermon from the vicar. And, in the silence that followed this, the congregation were stunned by unearthly shouting coming from one of the pillars.

In fact, this pillar was hollow and had been used back in the days of the Abbey for a monk to hide in and create “miracles” for the wonder of those present. It was here that the treasure hunter had ended up, shouting and banging on the stones for help – but, for many of the congregation, it must have seemed that the monks’ ghosts were back with a vengeance.

Fortunately for our adventurer, some of the congregation were more level headed and broke through the pillar to rescue him. It was said to be this incident that convinced the authorities to block up the entrance to the Monks Holes, putting the treasure of St Albans – if it exists – beyond the reach of other treasure hunters.

Unless, of course, you know another way in. And have the courage to face the ghosts of the ancient monks.