Tombs and Burials in Hertfordshire 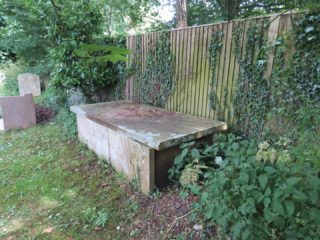 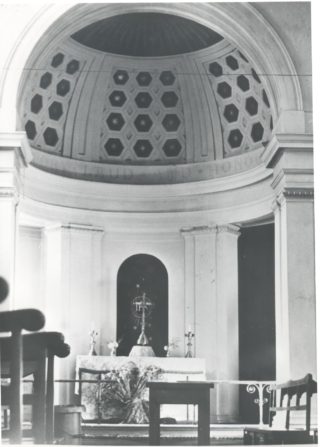 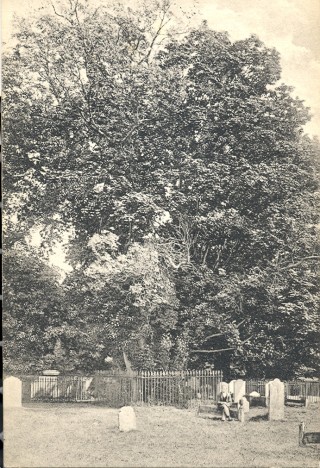 We’re accustomed to think of graves purely as places of remembrance. In these days when cremation is the norm, there’s often no actual body buried, just a memorial.

This aspect was always important, but in many ages the grave was thought of as more literally the home of the deceased person. This could provoke a whole range of fears, from terror of being buried alive to the belief that the dead could arise from their graves if precautions weren’t taken.

Tombs of the Rich and Powerful

The elaborate tombs arranged by the rich weren’t just ostentation, although the desire to be noticed after death was certainly an important factor. A showy tomb, especially inside a church, could be associated with the prayers offered for the dead person’s soul, while it also reflected well on the later status of the family to have tombs that everyone noticed.

Of course, these tombs are found throughout Hertfordshire, as everywhere. Notable examples in the county include the effigy of a knight in chainmail of St Botolph, Eastwick, that legend identifies as a giant who protected the village, and the tomb of Sir John Leventhorpe at St Mary the Great, Sawbridgeworth, whose effigy includes the rather gruesome detail of a hole in the armour where the fatal sword-thrust went in.

Perhaps the most celebrated knight’s tomb in Hertfordshire is that of Piers Shonks the dragon-slayer at Brent Pelham, where a fine plaque marks his burial within the church wall.

An oddity is to be found at the parish church in Ayot St Lawrence. This was a new church, built by the lord of the manor Sir Lyonel Lyde in the Palladian style and dedicated in 1779, allegedly because the old church spoilt his view, although the truth of this is uncertain. Lyde forbade any body to be interred in the church except for himself and his wife, whose tombs were to be one at each end of the colonnades in the pavilions. While this may have been out of a love of symmetry, local tradition claims that the couple had a very unhappy marriage and Lyde wanted to be as far from his wife as possible  ̶  and that the Church, which had been responsible for uniting them in life, should make amends by separating them in death.

Today, terror over being buried alive is generally regarded as a phobia to be cured, but in pre-modern times it could be a very genuine fear. Diagnosis of death was poor, and bodies could be sent for burial while in a catatonic state. This fear (perhaps most famously expressed by Edgar Allan Poe) was fuelled by stories circulating of exhumed corpses being found in positions suggesting they’d been trying to claw their way out of the grave.

It doubtless added to legends of vampires and similar bogies, but this (along with fear of the “resurrection men”, i.e. grave robbers) also led to some people taking extreme measures to avoid the same fate befalling them. Perhaps the best known was Henry Trigg of Stevenage, who had himself buried in the rafters of his home.

One of the most elaborate examples in the county is the tomb of the Rev. Richard Orme, rector of Essendon and Bayford, who dies in 1845. His instructions for his burial were very explicit. He was to be interred in a tomb above ground that had a door with a lock. A key was to be buried with him, along with a loaf of bread and jug of wine to revive him before he made his escape, should he wake up.

Everything was done according to his instructions. Orme’s tomb was constructed in Essendon churchyard against the Rectory garden, necessitating the removal of a section of fence. Though the tomb stands to this day, the door was finally sealed in 1881, presumably because it seemed unlikely that the good reverend would revive after thirty-six years in the tomb.

Rising from the Grave

While the Rev. Orme feared being buried alive, the good folk of Hertfordshire, as elsewhere, had a more urgent fear of tombs giving up their occupants for supernatural reasons.

In Aston, it’s said that an old lady will come out of her grave if you run seven times round her tomb at midnight. At St Nicholas, Stevenage, on the other hand, twelve circuits of a tomb are required to raise the Devil.

Robert Snooks was supposedly the last highwayman to be hanged in England, in 1802. His grave was made on unconsecrated ground at Boxmoor, and it was long believed that he’d emerge if anyone ran round it three times and shouted “Snooks” three times.

Not everyone believed in the immortality of the soul, though, either in the form of ghosts or in the afterlife. Four different churchyards in Hertfordshire (Aldenham, Cheshunt, Tewin and Watford) host a version of a legend where the growth of a tree is supposed to have disproved the occupant’s insistence that there was no afterlife.

The most famous is the tomb of Lady Anne Grimston in Tewin, who said on her deathbed “If indeed there is life hereafter trees will render asunder my tomb.” Four trees from one root now grow from the tomb in St Peter’s churchyard in Tewin. There’s still a tradition in Tewin of trying to run around the churchyard between the first and last strokes of midnight at New Year. If you fail to get back inside in time, it’s said Lady Anne will rise  ̶  though there’s no record of her ever being seen.

At Watford, the legend is associated with a man called Ben Wangford. According to the Parish Magazine of September 1898, Wangford

…did not believe in a hereafter state and wished, when buried, to have something placed with his remains that would germinate and then his relations would know that his soul was alive. If nothing appeared they might know that his opinion was correct. I have not heard what was placed in his coffin, but a fig tree appeared and for many years was passed unnoticed by strangers. Now it is very much talked of, and people travel miles to visit the tomb.

More information about Hertfordshire tombs and burials can be found in The Folklore of Hertfordshire by Doris Jones-Baker, 1977, B. T. Batsford Ltd