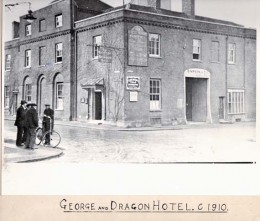 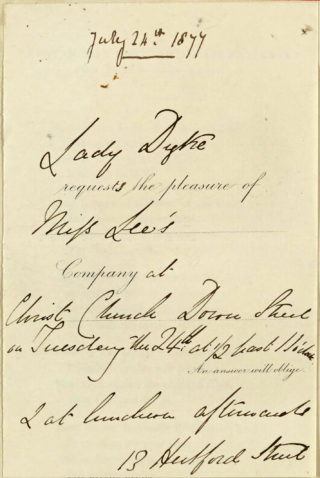 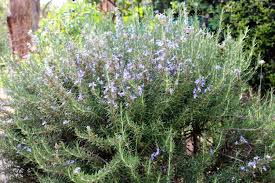 Rosemary - "where the missis is master"
Hertfordshire Archives & Local Studies

Along with birth and death, marriage is one of the three great milestones of a life in most traditional societies. Old Hertfordshire was no exception; and, if most of the customs were broadly shared with the whole of England, the county often expressed them in its individual way.

Not all periods of the year were equal when it came to marriage. An old rhyme set out the Church’s specifications on the subject:

Until recent times, and perhaps even today in rural areas, it was considered “unlucky to marry between hay and harvest”. However, the 19th century Hertfordshire historian John Cussans found that in Abbot’s Langley “during the reign of Elizabeth, marriages were not only solemnized in Lent, but even on Good Friday”.

As might be expected, weddings among the rich were lavish affairs. In 1842, John Izzard Pryor of Clay Hall, Walkern, recorded such a wedding in his diary.

“Mr. Nathaniel Chauncey’s daughter being married to a Mr. Maples about 11 in the forenoon at which a large family party attended. The church path and the church were strewn by young girls of the village dressed in white and a substantial dinner given to the poor…[In the evening] Quadrilles and waltzes were the prevalent dances. A most elegant supper was served up in an apartment nearly adjoining at 12 o’clock. Plenty of ices, champagne etc. and dancing resumed until 3 in the morning.”5

By contrast, the poor often had what were known as “walking weddings”. According to Edwin Grey, writing about Harpenden in the 1860s:

“I have known wedding parties walk over two miles to and from the parish Church, their homes being quite on the outskirts of the parish…The bridal party would start off two by two, the bride and best man being first, the prospective bridegroom and the attendant bridesmaid following…The wedding festivities were, as at the present day, generally held at the home of the bride’s parents…a good substantial meal with, as a rule, plenty of beer for those who drank it…and maybe a bottle or two of homemade wine wherewith to drink the healths of the newly wed…In the evening…one might have heard songs (as a rule unaccompanied) rendered by both men and women friends, and there would be pleasant chatter and conversation…”

There were exceptions, though. In 1880, Young Crawley wrote about a curious building in Braughing which was used by the less well off of the village for their wedding receptions.  It was well stocked with utensils and cooking equipment, and in another room had a bride’s bed with fine linen so the happy couple could spend their wedding night there.

As everywhere, Hertfordshire had some curious local customs. One of the biggest contrasts with present-day weddings is that it used to be considered unlucky to have the church bells ringing. The reason given for this was that, if one of the ropes were to break, the married couple would be dogged by misfortune. Perhaps a more realistic reason was thrifty villagers being unwilling to pay the ringers.

Refreshments were sometimes given after the ceremony at the churchyard gate. The version of this at Baldock was known as “keeping Dick Taylor”, referring to a silver half-gallon tankard originally owned by a brewer named Richard Taylor. This was presented to the wedding party either at the churchyard gate or the George and Dragon Inn gateway, but a fine of one shilling was imposed on anyone who used two hands to lift it.

Marriage doesn’t end with the wedding day, of course, In spite of the official image of a dominant husband and submissive wife, human nature dictated that this was by no means always the case  ̶  and it was possible to see whether the wife was in charge by the rosemary thriving. According to one villager, “That be rosemary, sir, and they do say it only grows where the missis is master, and it do grow here like wildfire.”

On the other hand, the husband’s supremacy was still seen as right and proper. In 1671, it was reported that the parish of Barnet would offer its married men the chance to attend a dinner on Michaelmas Day (29th September). Here they would sup on glorious food, but also be free from being “hen pecked”. Questions were asked such as “Does she, when dinner/supper be ready and you are at the Ale House or Tavern, submissively stay for your coming home and not eat one bit thereof until you are home?”

By no means all marriages were conventional, though, as indicated by a rhyme supposedly “spoken” by the bells of Hatfield church:

Lend me your wife today,
I’ll lend you mine tomorrow.
No, I’ll be like the chimes of Ware,
I’ll neither lend nor borrow.

One of the more unusual marital arrangements recorded was that of a Mr Byde of Ware Park, but marriages could also become abusive on either side, a state of affairs often dealt with by the community through the custom of Rough Music. And marriages that completely broke down could end in the husband selling his wife, a practice best known from Hardy’s The Mayor of Casterbridge. This was strongly discouraged by the Church, but a number of records show the practice did occur. It wasn’t always imposed on the wife  ̶  sometimes it offered her, too, a way out of a bad marriage.

Adultery could be a serious matter, but it could have a light side, too. A story from a newspaper from 31st May 1775 told of a Hitchin tanner who returned home late at night and, “blundering in the Dark, just gave Time to another, who had supplied his Place, to get under the Bed.” The quick-thinking wife complained of feeling ill and asked her husband to go to the Sun Inn for a remedy, which would be far enough for her lover to get dressed and leave.

However, when the tanner dressed again, he inadvertently put on the breeches belonging to the interloper and, arriving at the Sun, found in the pocket not the shilling he’d expected, but nine guineas, a ten-pound note and a fine watch. “Comprehending the whole then in an instant, he observed with the coolness of a Philosopher, that the affair was over before this, and that what was done could not be undone.”

The tanner pocketed the small fortune he’d come into and “had the Breeches cried on Tuesday in the open Market, but has not yet found an Owner.” It’s not recorded what his subsequent relations with his wife were like.

Nevertheless, though the good stories are usually from marriages that go wrong, no doubt most marriages, as always, were a mixture of good and bad and lasted well  ̶  in Hertfordshire, just as everywhere else.

1 The period straight after Christmas
2 The period immediately before Lent
3 The days leading up to Ascension Day
4 The period after Pentecost
5 In a curious side-note, Mr Pryor also noted “An instrument called the Choramcisicon, uniting the organ, pianoforte and harp, being equal to a complete band, was played by the person who owned it.” I’ve been unable to find any further information about the Choramcisicon, and I’ve love to find out more about it.

More information can be found in The Folklore of Hertfordshire by Doris Jones-Baker, 1977, B.T. Batsford Ltd