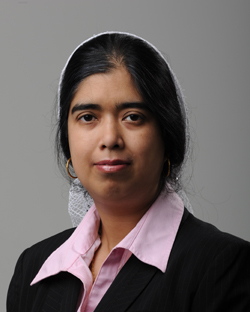 Syeda Momotaz Rahim is a community activist, a mother and wife. She is also the First British Bangladeshi female Councillor in St Albans, if not further afield.

Her interests include fundraising for a community centre particularly for young people to use, uniting the diverse communities of her adopted town, St Albans (she is originally from Loughborough) and specialise engagement work with disaffected young people and communities.

As the First British Bangladeshi ‘Housing officer’ at St Albans City & District Council, she set up the First Family Housing & Health Group as Housing and Communities Officer to reduce health and housing inequalities in St Albans.

Momotaz was the Founder and Chairperson of the Hertfordshire Asian Women’s Association (HAWA), in 2008 and was the Founder of the Tiffin Club (Older Women’s Lunch Club) winning the East of England Reginal Equality Award, The Municipal Journal Award (the ‘Oscars’ of the Housing Profession) and a Finalist of the Chartered Institute of Housing Award in 2009 (supported by St Albans City & District Council).
In addition, she was a Finalist in the Hertfordshire & Cambridgeshire Archant Business Awards ‘Hertfordshire Woman of the Year’ also in 2009.

From April 2016 she has been the Founder and Director of the Hertfordshire All Women’s Trust specialising in gender equality work between women & men at strategic and grassroots level working with NAWO, her sister organisation affiliated with the UN and the EU (www.nawo.org.uk) .  She was Secretary of NAWO between 2007-2015.