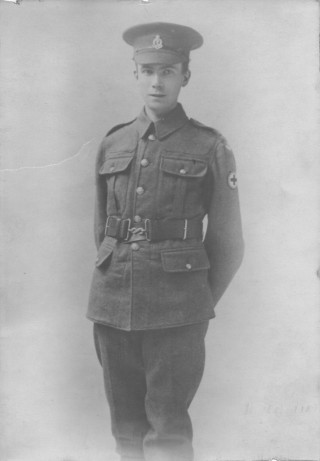 John Robert Scales lived in St Albans and during WW1 was in the Herts Medical Volunteers, part of the Royal Army Medical Corps.  He was unable to join the regular Armed Forces as he had suffered with a condition called St. Vitus’ dance as a boy and was considered unfit for regular service.  Although as his photograph shows he was a Medical Volunteer he was occasionally given a white feather as he outwardly appeared to be a fit young man: this was distressing for him as he felt was serving his country as much as he was permitted to during the Great War.