The house in the middle of the road

Favourite residence of John the Duke of Marlborough, and his wife, Sarah Churchill 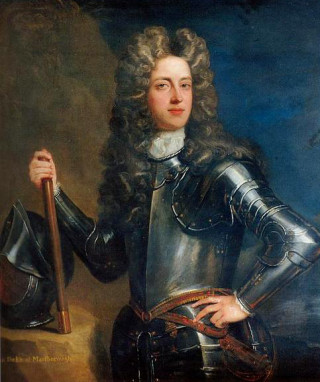 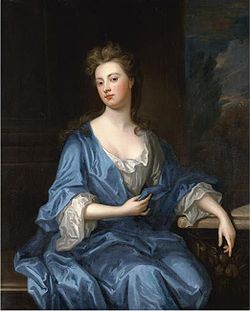 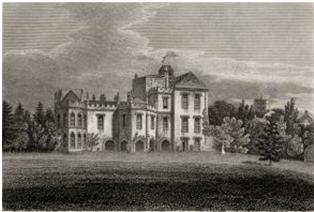 The late Diana, Princess of Wales, and the late Sir Winston Churchill once shared a common ancestor.That person was Sarah Churchill, Duchess of Marlborough, who was born in 1660. She was born in Holywell House at the foot of Holywell Hill, known as Holywell House.

Even in 1660 the house would have merited a plaque stating that “Queen Elizabeth 1st slept here” because she did so over one hundred years earlier, on February 13th 1554 during a journey from Ashridge to London when she was still a princess.

Marriage to the Duke of Marlborough

Sir Winston and Princess Diana’s ancestor was Ralph Jennings’ great, great granddaughter. Sarah was christened in the nearby Abbey and spent her childhood in Holywell House. She later became a servant in the royal court of the Duke of York. This was where Sarah met, and later married, a young soldier called John Churchill, who became the Duke of Marlborough.

Towards the end of the 17th century the Marlboroughs were becoming rich and affluent. They decided to demolish Sarah’s mother’s old house which occupied the site of the waterworks. They knocked down many other smaller properties which existed on either side of Holywell Hill. They extended their lands to include the route of Holywell Hill and diverted the road to run around the back of the estate. Where once the coach drivers and waggoners had a straight, but steep hill to descend they then found a large gateway flanked by two small gatehouses. They would have had to brake hard and swing their horses to the right following the new route, which still exists today as Grove Road around the western side of the Duke’s property.

A ’substantial and well built house’

In the centre of the old road, a few yards further south of its present day junction with Belmont Hill, the Marlboroughs built their new mansion. A sales document from 1814 described it as a “Substantial and well built house with extensive pleasure grounds having lawns, plantations, open and shady walks and shrubberies, a conservatory, rustic temples, spacious fishponds, an orchid farm and stables”.

The Marlbooughs were delighted with their new home. Several years later, when Blenheim Palace was founded at Woodstock in honour of the Duke’s great victory in battle at Blenheim, Sarah declared her preference in favour of Holywell House. She described it as “A clean, sweet house and gardens, tho’ ever so small”.

‘I would not part with it’

“However ordinary it may be” she wrote in 1714, “I would not part with it for any house I have seen on my travels”.Her husband wrote from Flanders “I am now in the house of Elector Pallentine that has a prospect over the finest country that it is possible to be seen. But I could much better be pleased with the prospect of St Albans which is not very famous for seeing far”.

With the Abbey on the skyline and the River Ver bordering the grounds, his fishponds were nothing more than an elongated bosting lake, the Holywell estate must have been a great source of solace to the Duke.

After their deaths the estate was owned by the Earl Spencers. The mansion was demolished in 1837. Holywell Hill was restored to its original route passing straight over the foundations. The actual Holy Well, from which the area was named, was situated in the grounds of the mansion and was excavated just a few years ago.

After the property was demolished the grounds were left to decay. In 1847 very little remained except for the fishpond. Eventually the land was accquired by the St Albans school as playing fields. The original St Albans football team, founded in 1881, played some matches there before, and also just after, Clarence Park was opened. Those playing fields eventually made way for housing.

In the present day there are just two things to remind us of Holywell House. There is a plaque on the wall at the corner of Belmont Hill. The wording says.

“Near here stood Holywell House. Favourite residence of John the Duke of Marlborough, and his wife, Sarah Churchill”.

The second thing to remind us of Holywell House is a public house by the name of the Duke of Marlborough. This building actually stands on the site of a lodge to the old mansion.